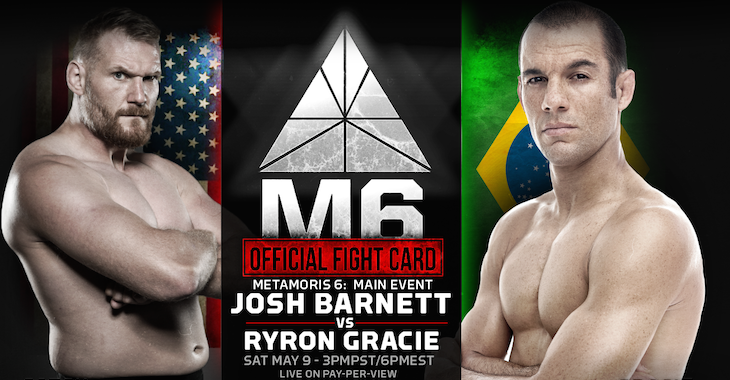 Metamoris is BACK with their sixth event set to air live at 6:00 PM ET on Saturday evening. The event is stacked from top to bottom featuring a heavyweight championship bout between Josh Barnett and late replacement Ryron Gracie. Gracie stepped in for an injured Roberto Abreu.

UFC vets Joe Lauzon and Chael Sonnen will be making appearances on the event as well!