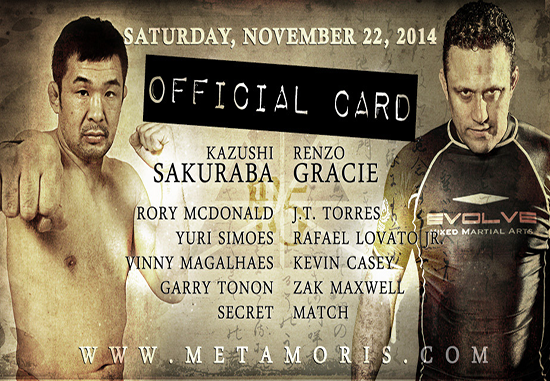 The headliner is a match that has been fourteen years in the making; Renzo Gracie will finally be able to get revenge for the loss he suffered at “PRIDE 10” in 2000 against Kazushi Sakuraba when the two square off on the mat tonight.

Metamoris is a submission only promotion with NO STRIKING. Unlike traditional grappling events, there are no points rewarded. The only way a combatant can walk off the mat with a victory is by making his opponent submit within the twenty minute time limit.