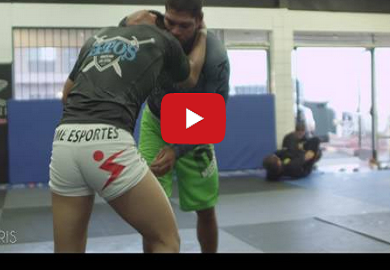 After his retirement from MMA, it was announced Chael Sonnen would headline Metamoris 4 against Andre Galvao. To get you ready for the event, check out this promotional video:

“I told these guys a week ago, I said I have no belt in Jiu-Jitsu – within in a week I need to be a black belt,” explains Sonnen. “Within three I need to be the best in the world. And they said, ‘OK.'”

If that doesn’t get you excited for this, I don’t know what will.