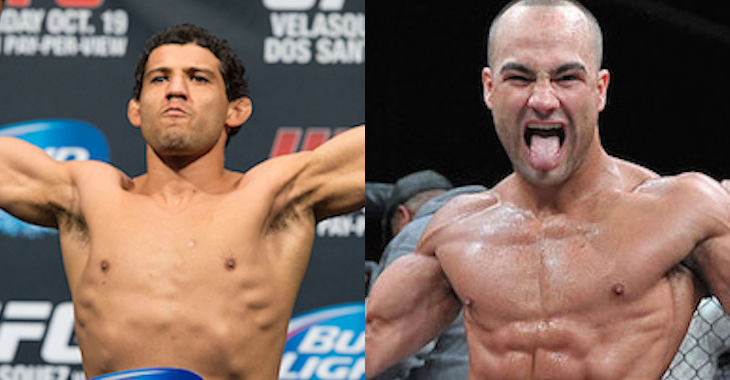 Gilbert Melendez and Eddie Alvarez were both held in the highest regard in the eyes of mixed martial arts fans and were viewed as two of the best lightweights in the world.

Melendez represented Strikeforce as their dominant lightweight champion while Alvarez represented DREAM and Bellator. Fight fans speculated that the only person who could defeat them was each other and it became a dream-fight.

At UFC 188, Melendez and Alvarez will finally meet in a lightweight contest.

“I had always wanted to fight Eddie because I thought he was one of the toughest guys outside of the UFC,” Melendez told Bloody Elbow. “Pro Elite and Strikeforce did a co-promotion at one time, and I was hoping they would do another, and I pushed for that fight. I think he took that as an insult because I wanted to challenge him.”

Melendez went on to claim that Alvarez accused him of ducking the former Bellator champion in 2008 at a DREAM Lightweight Grand Prix, but that was far from the case. “He talks crap about me having a chance to fight him in Japan in the Dream tournament. The way I recall it, the fact that I went on to other things was the way he got in the tournament.”

“He thought I was ducking him, but he should probably should have been thanking me.”

Eddie Alvarez finally made the switch to the UFC and debuted against Donald Cerrone in losing fashion. Alvarez proved to be a tough and game opponent by going the distance with “Cowboy”.

Gilbert Melendez most recently made a run for the UFC Lightweight Champion against Anthony Pettis, but was submitted in the second round. Melendez performed well in the opening round when he cut off Pettis’ diverse attacks, but he walked into a guillotine attempt and was forced to submit despite taking minimal damage.

Who do you have walking out of the octagon with their hands raised?