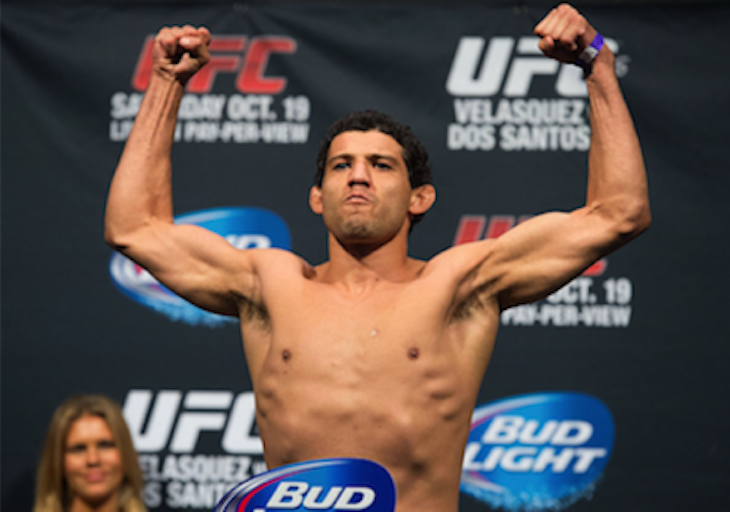 Gilbert Melendez is fresh off his UFC 181 loss to Anthony Pettis, but found some time to join the crew at Fox Sports to discuss tonight’s UFC Fight Night Boston.

Melendez believes that Frankie Edgar, not Conor McGregor is the rightful #1 contender.

“He’s absolutely not the No. 1 contender in my opinion. The most deserving guy will be the guy sitting right next to me, Frankie Edgar. He just demolished B.J. Penn and I was looking forward to his fight with Cub Swanson, hoping to see a very competitive fight, and he smashed him as well. Some people thought he beat Jose Aldo, it was a toss-up. I gave it to Aldo, but it’s a toss up.

“In my opinion, Frankie Edgar is the most deserving.”

“But is Frankie Edgar the most deserving guy? I believe so.”