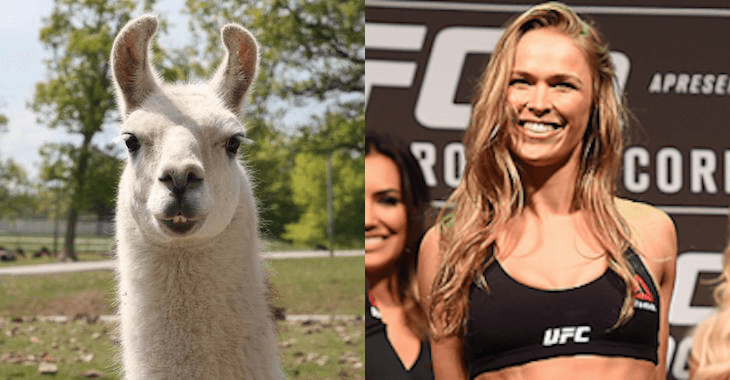 You really know you’ve made it when you get a llama named after you.

That is the pinnacle of success. If you don’t have a llama named after you then get the heck out of here.

But really, a llama in Portobello Resort, in Brazil, was named after the UFC bantamweight champion. There was a naming-contest which allowed people to vote on a name for the llama. Among the options were famous soap opera stars from Brazil and others, but Rousey ended up winning out.

Here’s what an official from the resort told MMAFighting:

“Usually when an animal is born at the Portobello safari, an animal which has a slightly longer gestation, we select the two most talked names in that period as a tribute. In this case, Ronda was the name chosen by guests.”

I’m sure there will be a Conor McGregor llama in the near future.