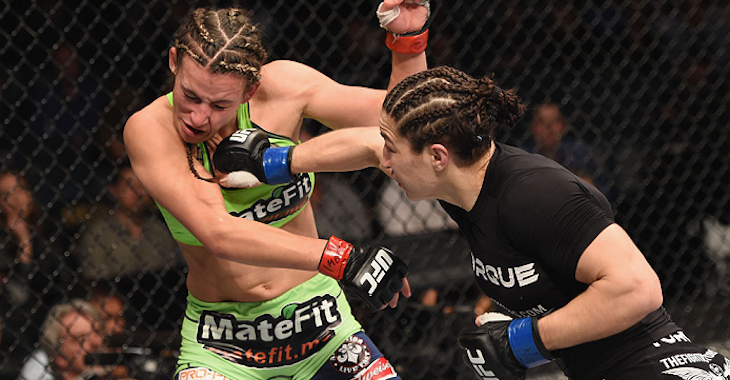 “I’ve trained for and fought both of them, and I watched the video. I don’t think that Miesha is the same level as Ronda.”

“I really don’t understand a third fight between them, beside the fact that Miesha’s won some fights in a row and she’s very marketable. Just being honest, what do you say? ‘We sure hope she doesn’t get armbarred again?’”

Sara McMann will fight Amanda Nunes Saturday night in Nashville at UFC Fight Night 73, but ahead of that bout she talked to MMAJunkie about Rousey vs. Tate 3.

McMann didn’t have a lot of positive things to say about the matchup, which might be the case for a lot of fans too.