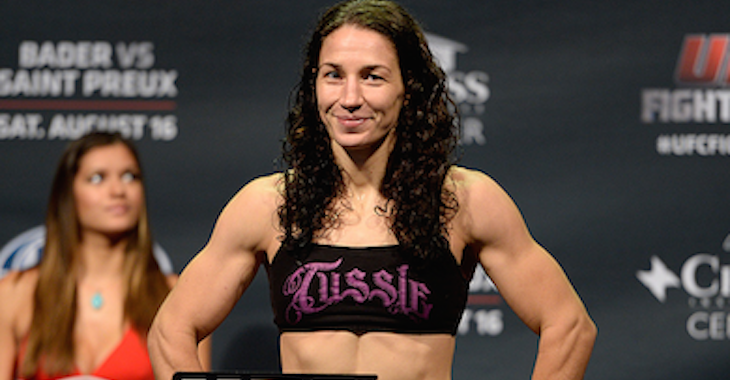 Sara McMann, former title challenger, is having a really hard time getting a fight.

McMann went on The MMA Hour and talked about her dilemma, saying that no one wants to fight her. She even told the UFC if they need to sign a new fighter to fight her than they should do it.

It’s hard to believe. McMann is a tough competitor with some serious wrestling credentials. Using her time on the show, she issued a notice to all UFC women bantamweights.

“I just need other girls that would be willing to step in. I understand that I would be a hard person to fight, having wrestling credentials and improving on my striking. It doesn’t matter. That’s what you’re supposed to do. That’s your job. You can’t just dodge the people that are working hard and getting better.”