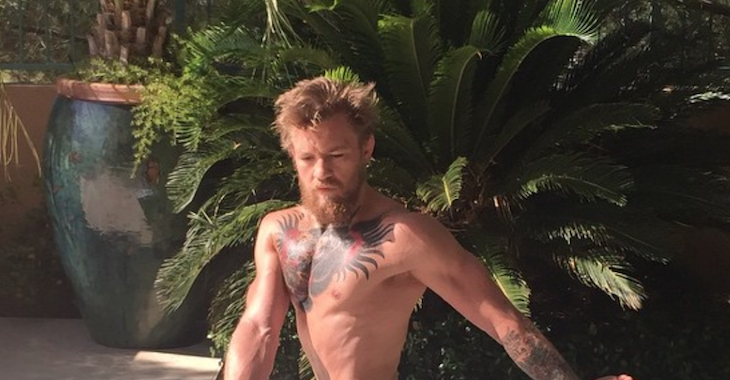 Conor McGregor is a busy man, with all his press conferences and interviews and oh yeah, that whole training for the biggest fight of his life thing.

McGregor will fight for the UFC featherweight title at UFC 189 when he meets the champion Jose Aldo. He’s moved his camp to Las Vegas to train for the fight and is currently renting the ‘Mc Mansion’ for himself and his crew to live in.

McGregor hasn’t been shy about sharing his life on social media and here’s another one of the ‘Notorious’ one finding peace at 3 PM a little yoga session. He woke up at 3 PM?