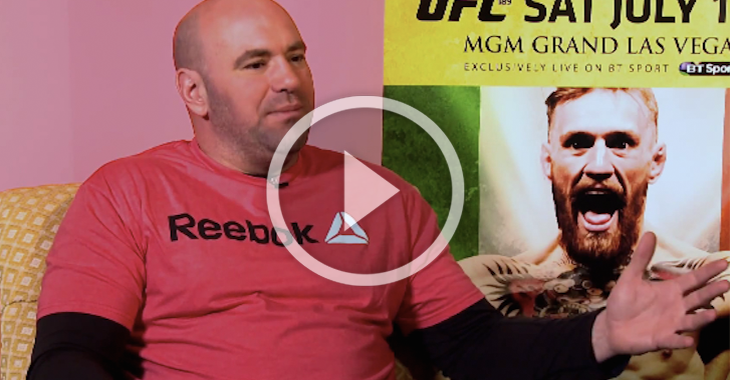 “I’m Irish, Lorenzo is Italian. Lorenzo is Irish now, Lorenzo has turned the corner, he’s Irish! We want to do Croke Park, we really do. If this kid wins that title, we want his first defense to be in Croke Park. Irish MMA is awesome, it’s incredible, the way that you guys have burst onto the global scene. I can’t wait to come back here and put on another event at the O2 or Croke Park, either one.”

Dana White is ready to go all out if Conor McGregor defeats Jose Aldo at UFC 189 for the UFC Featherweight Championship.

Conor McGregor has taken the UFC and sports-world by storm with his charisma and energy. Some compare him Muhammad Ali, but McGregor doesn’t allow such comparisons and just calls himself the first Conor McGregor.

White is looking to capitalize on the wave of momentum McGregor is riding by pitting the Irish-born fighter’s first possible championship defense in Dublin, Ireland! Croke Park would host the first title defense of McGregor and the soccer stadium can house more than 80,000 people.

Could you picture that? Dana White can.