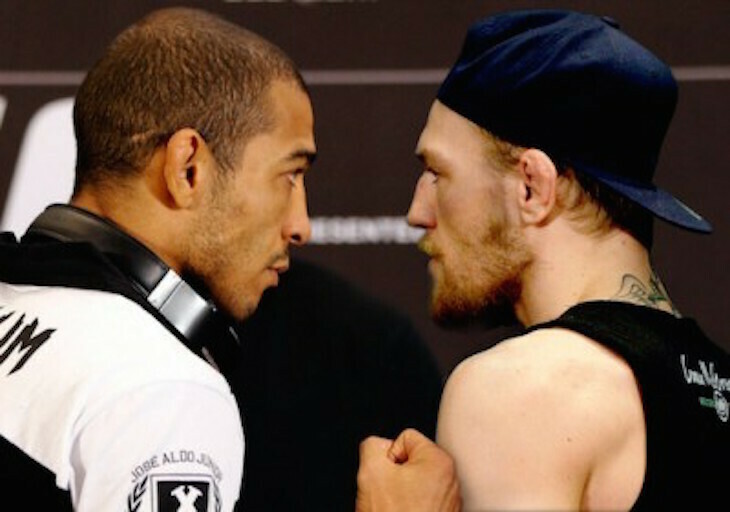 Conor McGregor is currently gearing up for his UFC Fight Night Boston bout against Dennis Siver, which will go down Sunday January 18th.

Ahead of the bout, UFC President Dana White has stated that if McGregor wins, he will be granted a title shot against Jose Aldo, likely in Dublin, Ireland.

McGregor spoke to Joe Rogan during the UFC 182 PPV about his bout against Siver, as well as why he feels he will be the betting favorite in his future fights from here on out.

“So January 18th, I feel I will stop Dennis Siver inside two minutes. I’ve ran through some scenarios, I cannot see him escaping the first two minutes. He is a seasoned veteran, he is a kickboxing expert, a taekwondo expert, he is my most experienced competitor that I will ever have faced. But I feel that under two minutes it will take me to dispatch him, and again it will make way for the football stadium in Ireland.”

“It will be the same outcome when myself and Jose face off. He will not stand a chance, and the fans will see that as well. I believe I will be the betting favorite on all of these future contests. I certainly feel that way.”