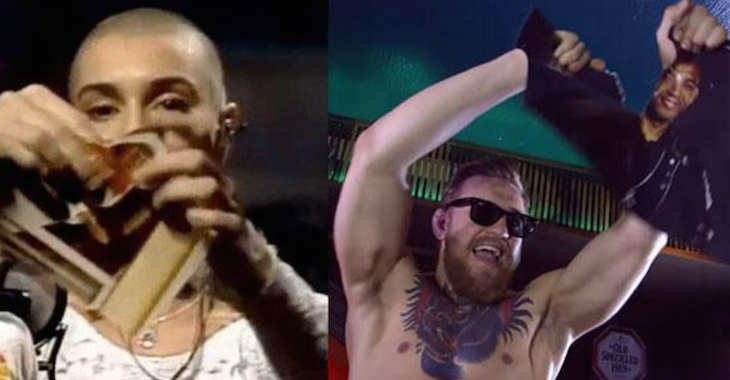 Yesterday it was revealed that UFC featherweight Conor McGregor would have controversial singer Sinead O’Connor singing him out to the octagon during UFC 189.

The singer posted on her Facebook that she was excited to sing ‘The Foggy Dew’ during McGregor’s walkout.

Now, the Notorious one has responded with this amazing side by side picture of the two of them ripping pictures. Looks like these two are two-peas-in-a-pod

Just how crazy do you think UFC 189 is going to get when McGregor makes his way out to fight Chad Mendes for the interim featherweight title?