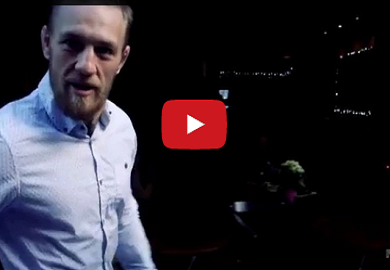 The UFC has released the first episode of UFC: On The Fly which follows Conor McGregor as he prepares to fight Diego Brandao this coming Saturday in Dublin Ireland.

“The last time I was here was probably in 2009, at UFC 93. I was sitting somewhere up there. To think that I’m back here, and now it’s my show,” Conor said, “I’m going to blow the roof off this place, and the whole country is going to shut down. Next year, we’ll do a football stadium… for my title defense.”

Watch the full episode below: