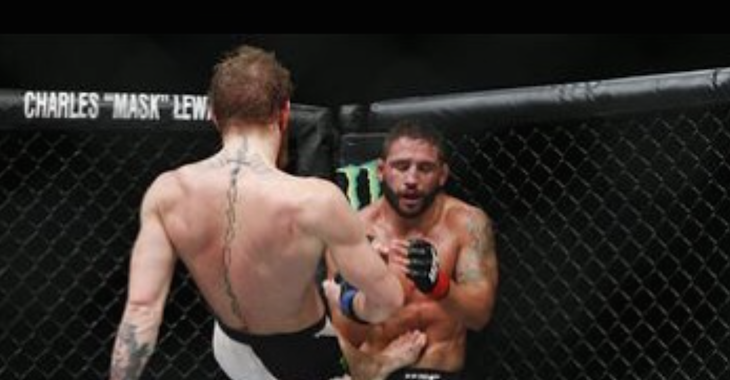 Conor McGregor made good on his prediction and defeated Chad Mendes via TKO in the second round of their interim title fight at UFC 189.

Understandably, since then, McGregor has bee someone silent as far as media goes. He isn’t all over the place doing interviews and traveling the world, but, he is posting on Instagram

McGregor sent out these two photos of kicks he landed on Mendes and added captions, explaining his handy work.