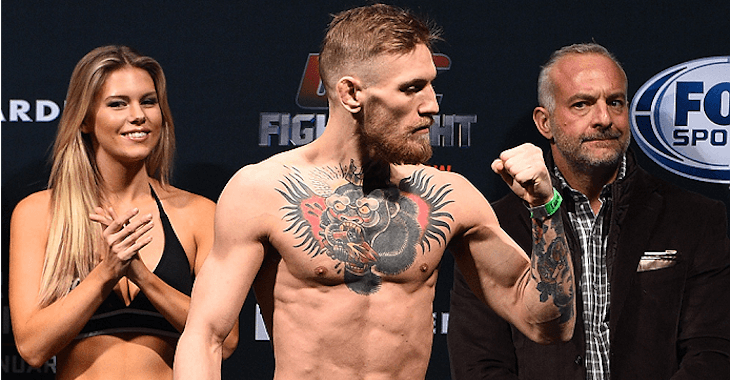 Since Conor McGregor called TJ Dillashaw a ‘snake in the grass’ on TUF 22 there has been much speculation of a McGregor vs. Dillashaw superfight.

While McGregor is currently the interim champion at featherweight, which is only one weight division above bantamweight where Dillashaw reigns as king, he has plans to move up to lightweight in the near future.

McGregor spoke to BloodyElbow to discuss why a superfight with Dillashaw won’t likely happen.

“He’s too small. It’s that simple. Every shot would cripple him. It would break his whole, entire life, so I don’t really think he’s in the question. I giggle at his numbers; his numbers are really, really low. Really poor. If I could make bantamweight and take that belt, then it would be reason. But, I’d prefer the lightweight belt.”

How do you see a McGregor-Dillashaw fight playing out?