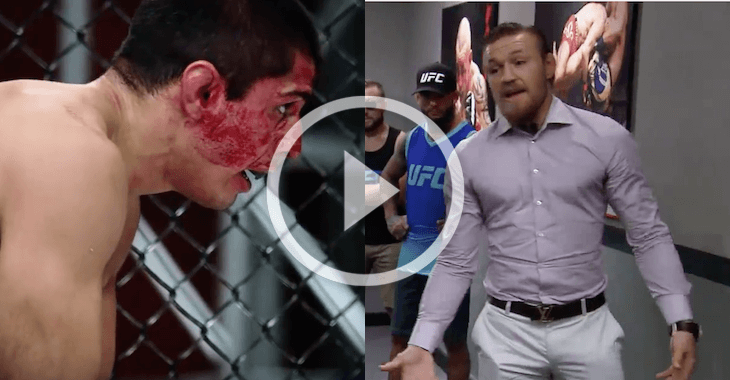 A lot has been made of UFC interim featherweight champion Conor McGregor’s coaching method on the current season of ‘The Ultimate Fighter,’ or rather, the lack of coaching.

McGregor has made it very clear that he’s not really interested doing hands on coaching with his team and actually doesn’t even show up for the morning practices. Urijah Faber tried to talk to McGregor about his methods, telling him that he should at least show up, but McGregor wasn’t having any of it.

‘Coaches Conor McGregor and Urijah Faber have a difference of opinion when it comes to how they should treat their fighters after Sascha Sharma came up short and lost his fight to Chris Gruetzemacher a week ago.’