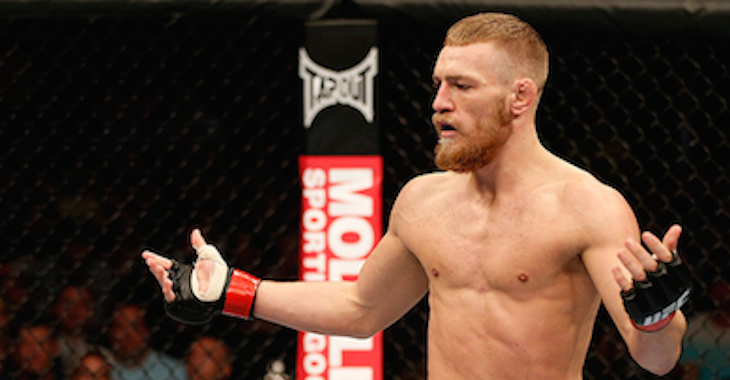 Conor McGregor is Mr. Confidence. He predicts the end of his fights, he walks around and makes bold and flashy statements, but before he was a UFC star, he was getting beat up by one of his girlfriends’ ex-boyfriends.

In an old interview from 2011, McGregor told Fight Hounds that he basically started training because his girlfriends ex gave him an ‘ass whoopin’. Check it out!

“I was always in and out of boxing from a very young age, but never seriously until I got an ass whoopin’ over a girl by her ex who was much older than me. At the same time I had moved school to Lucan and met Tom Egan who was just grappling at the time. Around the same time we discovered MMA, so I’d head up to his gym in Kildare and we’d teach each other what we knew, then scrap at the end of it. Eventually, we found John Kavanagh’s SBG, and that was basically the last time I was gonna get an ass whoopin’ by anyone outside the gym’s door [laughs]. I’m friends with that guy today, but it’s always nice to know that I could fold him like a deck chair if the need arises [laughs].

Next month he’s fighting for a UFC title, so I’d say things turned out alright for the Notorious one.