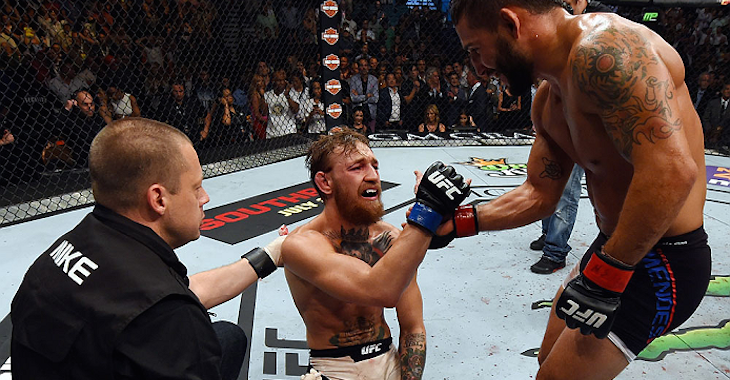 “But if you’re talking about a fight that could generate half a billion – it’s this one. There’s never going to be another boxing fight like this. Only a cross-style match between Mayweather and me could generate that kind of interest and revenue. So maybe it could happen. I would certainly be up for it. I am capitalising on every single opportunity. It’s a strong word, one of my favourite words: capitalise. I’m ready to capitalise on everything.”

UFC interim champion Conor McGregor believes a fight between himself and Floyd Mayweather would generate half a billion dollars easily, that’s what he told The Guardian.