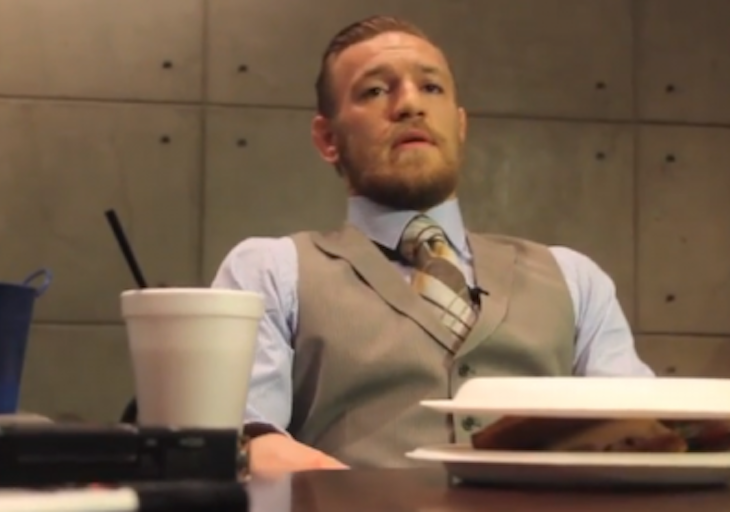 Since news broke that Jon Jones had tested positive for the primary metabolite in cocaine, the MMA world has been abuzz with fighters, fans, and former fighters giving their thoughts on the failed drug test.

Conor McGregor is gearing up for his UFC Fight Night Boston bout tonight against Dennis Siver, leading up to the bout, ‘Notorious’ was asked his thoughts on Jon Jones recent failed drug test, to which he responded:

“I feel for the guy. Jon is a good guy. I’ve met him numerous times. He’s a good man. It is a pity what happened to him and I hope he gets help. It is what it is. I cannot put myself in another man’s mind frame. I’m focused on meself (sic) and my own journey. I keep my circle small – nobody gets in and nobody gets out.

“I’m minding my own business and doing my own thing.”