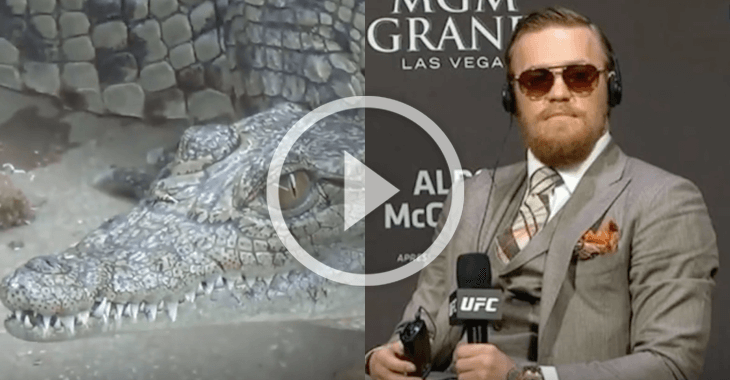 Conor McGregor likes to look sharp, that’s obvious, but it looks like his taste for the more lavish things in life have come with some negative backlash.

In a brand new video from ‘Vegetable Police’ the UFC interim featherweight champion is being called out for his decision to wear real caiman crocodile skin shoes. The video shows McGregor bragging about them, then we see the manner in which the animals are slaughtered in order to obtain such shoes. The video throws a lot of shame at McGregor, but hopes that he’s just not aware of the practices that happen in order for him to wear his fancy shoes.

My guess is they probably don’t like his ‘Pietons’ either. How do you guys feel about it?