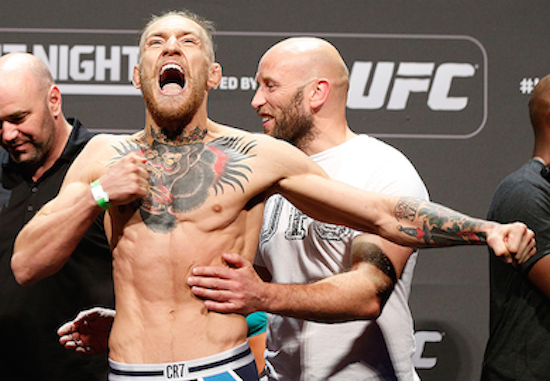 “He’s a veteran of the game, but he deserves no credit. When you abuse steroids and look to take masking agents to hide those drugs from the test, you deserve no credit. You deserve to be cut from the promotion. I don’t give a f-ck about Dennis Siver one bit.”

“Two things will either happen to Dennis on the night: Either I’ll retire him or I will personally have him cut from the promotion myself. “He doesn’t deserve the opportunity. He got lucky. It’s over for him now. This is it. His career is done.”

The Irishman fights Dennis Siver this weekend in Boston, who ya got?