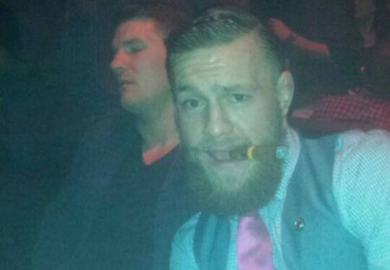 “I don’t believe that Aldo is running away, he defeated this guy before. Chad is an idiot to think that. But, to be honest, I don’t care about what happen between them. Their time is coming to an end and my time is beginning.”

“Nothing of what they do impresses me. They don’t move like I move, don’t fight like I fight. At long last, I’m not impressed. The UFC says that I’m the number 13 in the ranking, but it’s from a typing mistake, I’m the number 1.”

In a recent interview with Brazil’s Tatame.com, Conor McGregor touched on the growing rivalry between Chad Mendes and Jose Aldo.