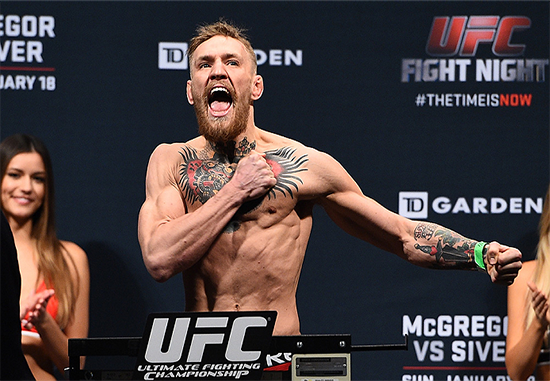 Yesterday we learned that Jose Aldo skirted his way through a drug test on a technicality, and of course some people think the worst.

Conor McGregor, is one of those people.

I was random tested on May 23rd. Blood AND Urine. @josealdojunior you little weasel. You and your weasel coach. #AndNew

The two featherweight stars will collide in Las Vegas this July, in the UFC 189 main event.