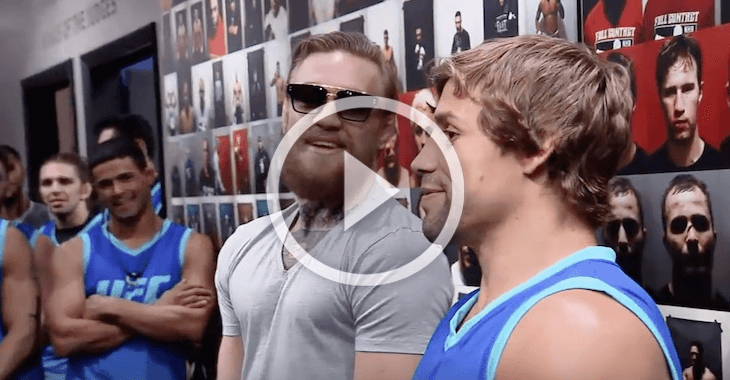 The current season of The Ultimate Fighter is turning out to a good one. Really, how could it not with coaches Conor McGregor and Urijah Faber.

The season so far has had some really exciting fights and of course plenty of banter between the Irishmen and the Team Alpha Male fighter.

Some of the lines each guy comes up with are priceless. In last weeks episode we got perhaps what is the best exchange yet between the two.

They stood in a hallway with all the fighters waiting to walk out and while there decided to go back and forth with each other.

Check out the whole exchange below!