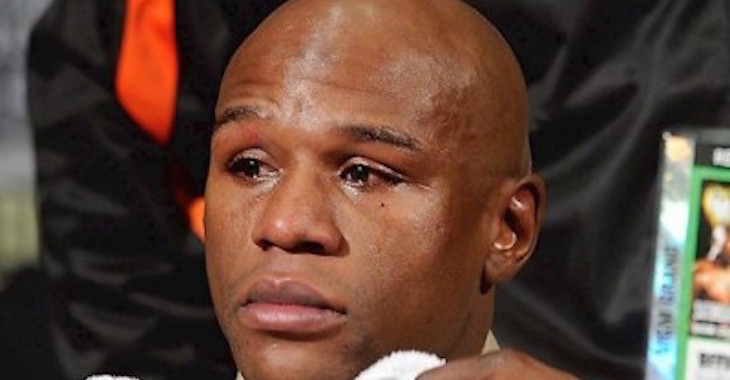 It was announced yesterday that Floyd Mayweather Jr. would be stripped of his WBO welterweight title. Mayweather did not pay the $200K fee in order to hold the belt, so the WBO committee voted to take it from him and give it to Timothy Bradley Jr..

Now, we have word from Mayweather’s team via ESPN.com.

“It’s a complete disgrace. Floyd will decide what, or if any, actions he will take. But in the meantime he’s enjoying a couple of hundred million he made from his last outing and this has zero impact on anything he does.

“Floyd Mayweather has a great deal of respect for each and every organization, as he has always had in his 19-year career, but he will not be dictated to by any organization or person as it relates to his decision making.”

At least his team is staying humble and everything.(sarcasm)