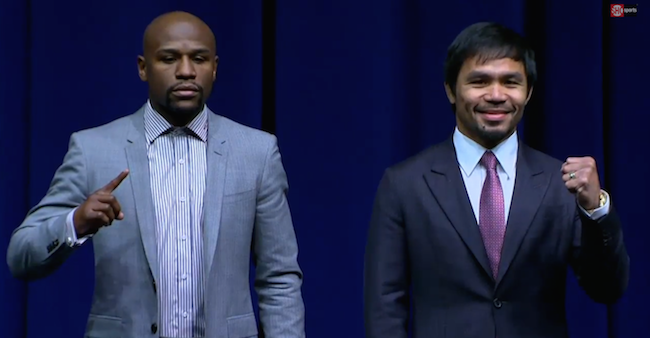 Earlier this week, we reported that tickets for the biggest pay-per-view of the year still has yet to release tickets for sale. Why? According to a recent report, contracts haven’t even been signed yet.

ESPN reports that Bob Arum, Top Rank Promoter, stated that he is not signing the draft of the contract he received earlier in April because it wasn’t what he agreed to when MGM and Mayweather Promotions signed a term sheet months ago.

Arum refuses to sign the deal and make it official unless Top Rank gets named as a signatory on the bout agreement. Arum states, “They can’t act like our original agreement doesn’t exist.”

Top Rank promoter Bob Arum told ESPN.com on Tuesday that he wasn’t signing the contract that he received a draft of on April 15 because it wasn’t what he agreed to when the MGM, Mayweather Promotions and he signed the term sheet a couple months ago.