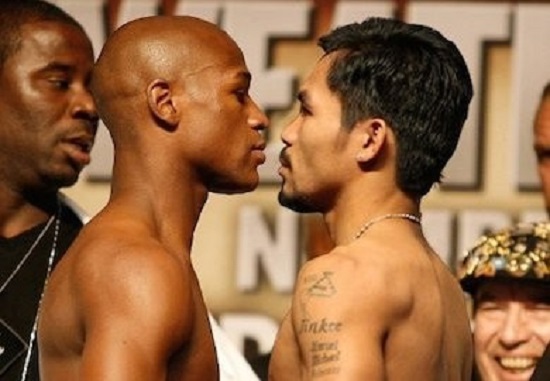 The bout combat sports fans have been drooling over for years may finally go down!

Floyd Mayweather Jr. vs. Manny Pacquiao is reportedly in the works according to a Showtime network spokesperson who wrote to the LA Times in an email, which was obtained by RingTV.

“We can confirm that Floyd Mayweather definitely wants the Pacquiao fight. Everyone on our side – Floyd, CBS and Showtime – is advocating for the fight to happen.”

This comes on the heels of Pacquiao taunting Mayweather in a commercial for Foot Locker, which you can see HERE.

So what do you think PENNation? Do you want to see Mayweather and Pacquiao finally fight?