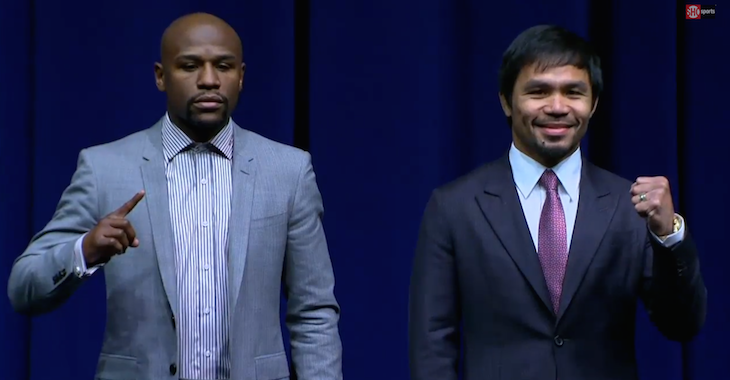 Floyd Mayweather is playing mind-games with Manny Pacquiao leading up to their pay-per-view bout on May 2nd. Mayweather kicked things off by taping the eyes and mouth of Pacquiao shut before he hit the speed bag. Pacquiao’s took it to the next level by putting Mayweather’s FACE on his speed bag. Now, Mayweather is saying that Pac-Man uses lifts in his shoes to get eye-to-eye with him! This is getting good.

BJPENN.COM IS YOUR HOME FOR ALL MAYWEATHER VS. PACQUIAO COVERAGE