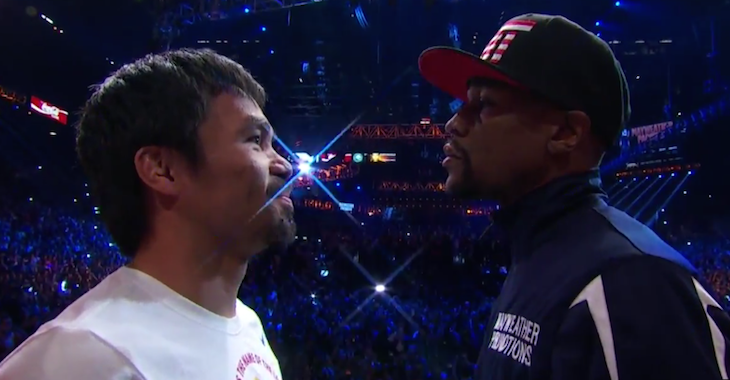 A couple days after Manny Pacquiao and Floyd Mayweather broke records with their pay-per-view bout, Mayweather offered “Pac-Man” another shot to end his undefeated record. Pacquiao later revealed that he suffered an injury before the fight that hindered his performance and he would be getting surgery.

Will #Floyd give #Manny a rematch? “At this particular time, no, because he’s a sore loser & he’s a coward. If you lost, accept the loss."