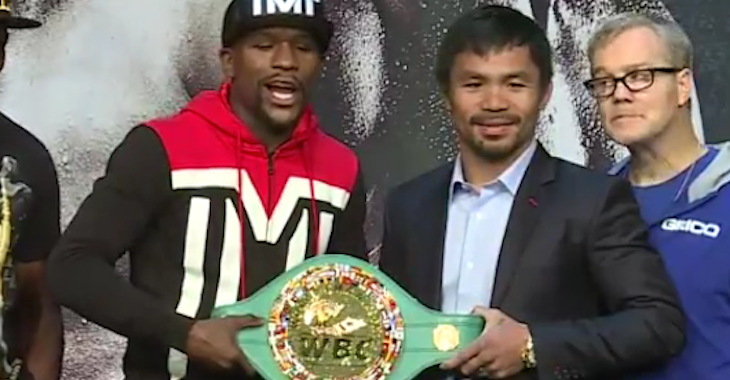 Floyd “Money” Mayweather had to do a little more than just defeat Manny Pacquiao by way of decision to hold on to the WBO Welterweight Championship. Mayweather was also supposed to vacate his other titles so younger boxers could have a run at the gold as well. Mayweather originally did not want to forfeit his titles, but he ultimately accepted the deal. As well as accepting the new WBO Welterweight Championship, he was required to pay the sanctioning body a $200,000 fee by last Friday.

Mayweather missed the deadline and could be stripped of his newly won championship as soon as today, ESPN reports.

According to @WorldBoxingOrg Floyd has not complied with the rules by today's 4:30 pm ET deadline. Likely to be stripped of 147 on Monday.

Manny Pacquiao won the championship from Timothy Bradley in their April 2014 bout, only to lose it to Mayweather in the May super-fight.