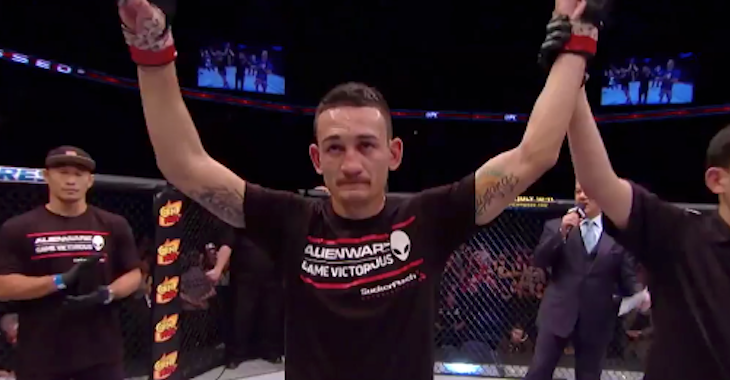 Hawaiian UFC fighter Max Holloway isn’t interested in choosing his next opponent. After defeating one of the divisions toughest fighters in Cub Swanson, via guillotine choke in the third round, the featherweight is just looking to take out whoever the UFC puts in front of him.

He did have one request though…

“You know, I’m not a matchmaker, it’s not my job. We’ll see what Dana White, Sean Shelby and Joe Silva want to do with me. We’ll take it one step at a time, and that’s all you can do right now, and it’s been working out for us.”

“All I got to say is that I got a good team, I had a great camp and we’re doing great things. Dana White, come to Hawaii. Bring one down to Hawaii. Let’s get one. We’ve got like seven UFC fighters, I want to fight on one back home.”

Think we’ll ever see the UFC in Hawaii??