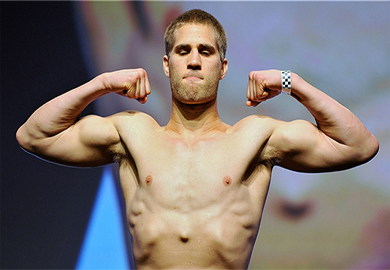 A light heavyweight bout between Matt Van Buren and Sean O’Connell is the latest addition to January’s UFC Fight Night 59 event in Boston.

TUF 19 runner-up Matt Van Buren (6-3 MMA, 0-1 UFC) will be looking to earn his first official UFC win when he takes on O’Connell this January in Beantown. The former Bellator fighter is coming off a first-round TKO loss to Corey Anderson, which he suffered at July’s TUF 19 Finale event in Las Vegas.

Meanwhile, Sean O’Connell (15-6 MMA, 0-2 UFC) will be hoping that his third octagon appearance will result in his first UFC win. After stringing together a 6-fight win streak on the regional circuit, O’Connell has struggled to find the same success under the Zuffa banner. O’Connell suffered a KO loss to Ryan Jimmo in his promotional debut and was most recently out-pointed by Gian Villante in June.