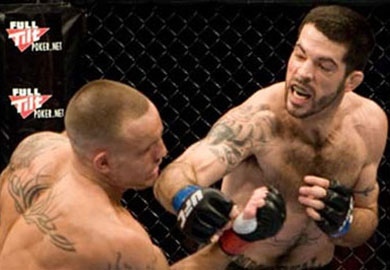 By Evan Stoumbelis
Matt “The Immortal” Brown is stepping in for fellow TUF competitorMatt Riddle to face Luis Ramos at UFC on FX 4 on June 22nd.

Brown, who is coming off a decision victory to Stephen “Wonderboy” Thompson at UFC 145, announced the bout over Facebook earlier today. In my opinion, Brown isn’t going to make a title run, I just can’t see him squaring off against Condit for the title. That being said, he is easily one of my favorite fighters, and his very exciting style of fighting that he has deemed “technical brawling” keeps fans on the edge of their seats. This fight on June 22nd is sure to be no different.