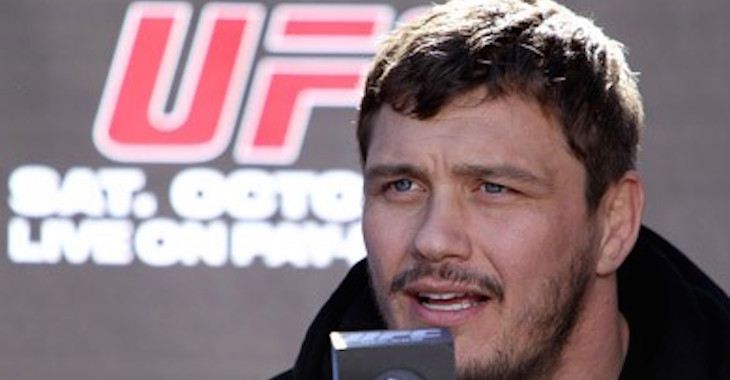 Of course, one of those topics was Jon Jones. Mitrione had plenty to say about the former champs issues out of the cage and didn’t hold back.

“I understand that mixed martial arts is a baby, right, and it’s still growing. We strive to do good things like drug testing and stuff like this and then you just get a knucklehead – who’s just a remarkable amount of a hypocrite and says so many things – ‘I got a bible tattooed on my chest and I’m a great person’ and bla bla bla, and then you’re hitting people when they’re on their way to church and you hit a pregnant woman. You leave your car and you run out then you run back to grab cash and probably some drugs and run off again and don’t even check on the people you hit – it sucks man, it just sucks. It’s such a black eye, it’s a black eye for the sport. I really do feel like Dana White and the UFC did the right thing – it’s a private company and if you acted like a jerk, you’re getting served up for it.”