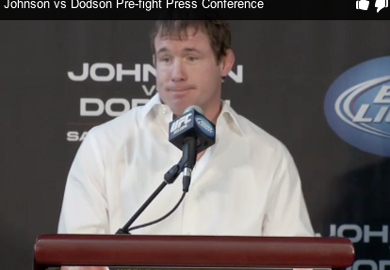 The man who many consider the most dominant champion in UFC history, Matt Hughes, retired today at the UFC on FOX 6 pre-fight press conference.

UFC president Dana White announced the decision and let Matt Hughes, who was in attendance, say a few words before departing from the event.

Hughes will remain an active part of the organization, but his fighting days are over.