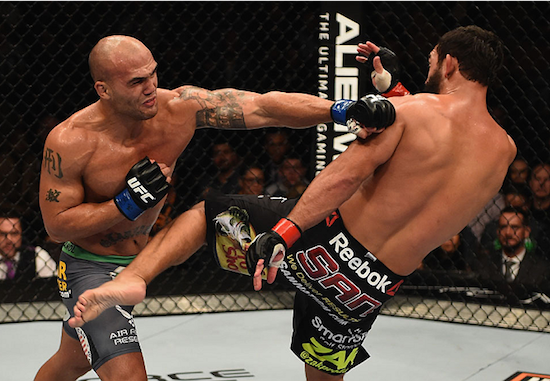 “How long ago was the MacDonald fight? Thirteen months ago? That’s not an old fight. Robbie won that pretty decisively, right?”

“You’ve got a guy that Robbie’s already beat pretty decisively, and now you’ve got a great rematch where the first fight was close, the second fight was maybe even closer, and now the makings for a third fight. If I were Hendricks, I would want a direct rematch. And I would say that they’re going for that, and I don’t blame them.

“Now you’ve got a storyline for a really big third fight, where with MacDonald you’ve got a guy that Robbie beat a year ago. What do you do? I think you’ve really got to go with the Hendricks fight, but it doesn’t matter to me.”

In a recent chat with ‘The MMA Hour’, former UFC welterweight champ, Matt Hughes said he thinks that Lawler vs. Hendricks III makes the most sense going forward.