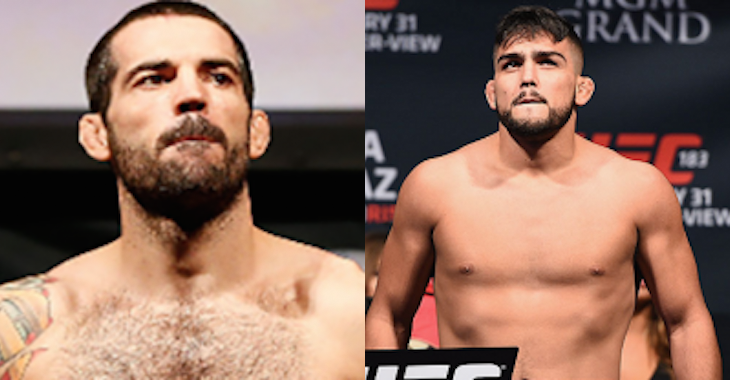 The UFC’s next trip to Mexico, taking place on Nov. 21, will be headlined by a massive welterweight bout between Matt Brown and Kelvin Gastelum.

Brown announced the fight on Great MMA Debate podcast, a show he co-hosts for FOX Sports.

It appears Gastelum will be making his return to the welterweight division after a stint at 185. He was forced up to middleweight by Dana White after he struggled with making weight at 170. Both fighters are coming off of big wins, Brown over Tim Means and Gastelum over Nate Marquardt.
ALL ACCESS — Go Inside BJ Penn’s UFC Hall-Of-Fame Induction