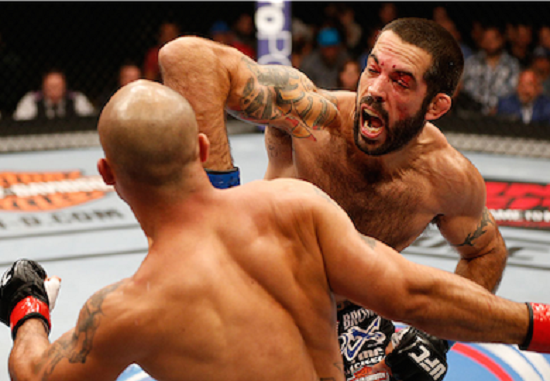 “I thought the sport, the UFC, itself, was beyond that now. Bellator doing this, I could understand. I could see other organizations doing it. The UFC, I just didn’t expect it. I don’t have a problem with the UFC doing it. What I have a problem with is CM Punk being dumb enough to think he can do it. If he wants to come fight a real man I’ll be standing there. I’ll fight Tarec Saffiedine on [Feb. 14] and I’m the main event, everyone will be gone. I’ll fight him right after Tarec if he wants. Hopefully what happens here is that all these keyboard warriors that are like, ‘Oh I could go in there and fight’ see that a legit athlete — CM Punk is an athlete — and they see him go in a get demolished by a prelim fighter or someone that also shouldn’t be in there and they’ll see this shit is a little more than what you think.”