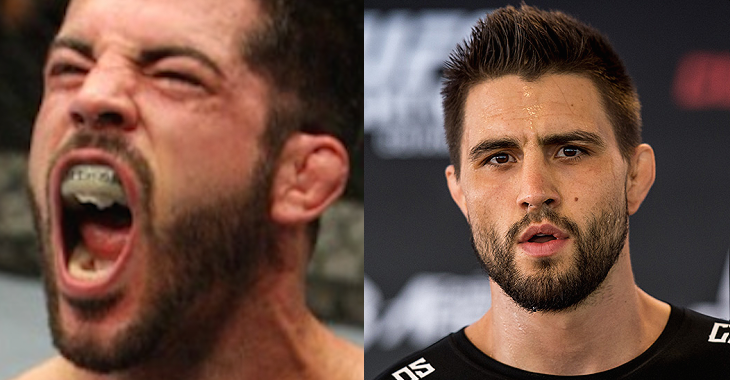 An injury forced Matt Brown out of his fight with Carlos Condit years ago at “UFC on FOX 9”, but their paths may cross again in the near future.

“The Immortal” Matt Brown is coming fresh off a big submission win over Tim Means at “UFC 189: McGregor vs. Mendes” in the final preliminary fight of the evening. Brown’s stock has no doubt risen since that victory and it looks like he has his sights set on number four ranked welterweight Carlos Condit.

“Condit’s always an ideal fight for me. A lot of people want to see that fight and of course I think Condit would love to have that fight as much as I would,” Brown told “Great MMA Debate”. “The only thing is whether Condit, he could end up with a title shot. I know a lot of people were calling they want to see [Robbie] Lawler and Condit fight so I think that would be the only X-Factor. If Condit’s not going to fight for the title I think me and him should fight for sure.”

Is this the next fight to make for Matt Brown, or does he need another win to get to a top five opponent? Share your thoughts in the comment section below!