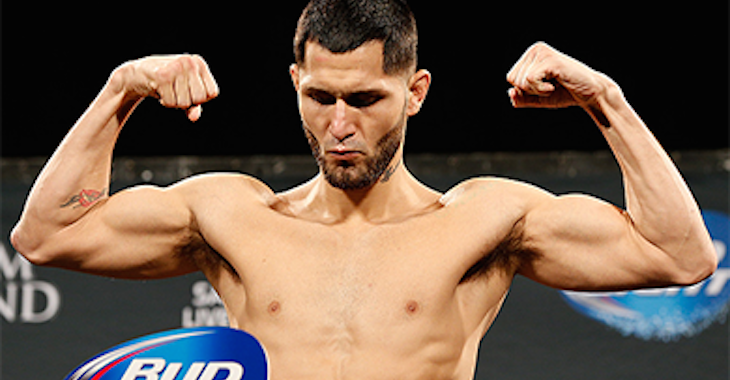 “I said that and I don’t want to go back on myself. Nothing’s changed. I wanted No. 5 (in the rankings), not No. 15, but it’s whatever. It’s the business. People get hurt and things happen. I’m not stoked about it. Just give me the toughest guys out there. I’m not asking for a title shot, I’m not asking to be ranked in the top-three or anything like that. What I’m asking for is: whoever you think can kick my ass, put them in front of me. If you think this guy is going to run right through me and embarrass me, put that dude in front of me. Watch what I do to him. I’ve been fighting for a long time and everywhere I’ve been at, I’ve kicked ass. Every major promotion I’ve had a winning record. It hasn’t changed in the UFC. I still have a winning record. If you put me with bigger, badder names, then I’m going to keep winning and get the biggest names possible. That’s all that’s in my head and what I think about every day. Just fighting the best out there.”

In a new interview with MMAJunkie.com, Jorge Masvidal talked about his upcoming fight against Al Iaquinta.

The ATT lightweight was originally slated to face Benson Henderson.