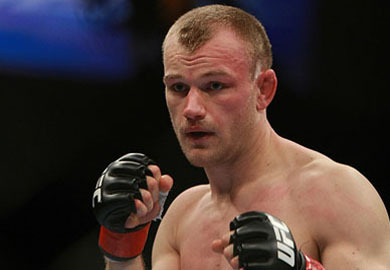 Martin Kampmann won the main event of Nevada’s Poker Challenge earlier this month, and pocketed a cool $52,740 for doing so.

MMATorch picked up the story explaining:

Kampmann, who is coached by poker pro Jason Somerville, is a representative of Ultimate Poker, the online site owned and run by UFC owners Lorenzo and Frank Fertitta, who also own Station Casinos in Las Vegas. He picked up a win in the $1,100 buy-in event at the Peppermill Casino in Reno, Nevada

Kampmann last fought in 2013, when he lost via TKO to Carlos Condit. Prior to that, Kampmann was stopped by Johny Hendericks at UFC 154.

Congratulations to ‘The Hitman’ on his win!