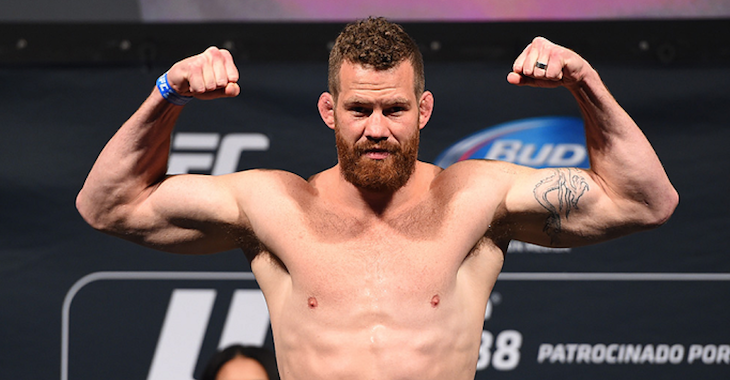 “Just wanted to update everyone on how I’m doing. The day of the fight, I was dealing with some issues. I got some sickness and was dehydrated and cramping in my muscles. Before the fight I threw up and had abdominal cramping. Also I had an issue with my blood pressure probably due to the altitude. The research I did for the altitude was inconclusive and I thought that coming from Denver, I would adjust in the 4 days. I’m not sure what hit me worse, the sickness or the altitude but once the fight was 2 minutes in the first round, I knew something was wrong. My legs were stiffening and not working correctly. There was one knee to my body that wasn’t that hard and it cramped up my whole insides. My corner tried to stop the fight in the second round. After the second round, Trevor said he was going to stop the fight and I said “No!” Then I decided in my head that I would sit there until the round started and give one last attempt to knock him out. I knew I had nothing in the tank though. Then I looked up and saw the fight was stopped. Now I can say that Trevor did the right thing and protected me because I couldn’t move. I’m not trying to make an excuse for losing. I don’t really feel that I need an excuse because I did my best with what I had and fought hard when I could. I just want my friends to know why I fought like that and that I’m ok. Congrats to Kelvin. He’s a great fighter and I hope to train with him someday. I trust that God has a plan for me and it’s in the UFC for sure from what he’s shown me. Right now, I’m excited to meet our baby that is coming in the next few days!! God bless you all in Jesus!”

That’s a message UFC vet Nate Marquardt posted to his website. Marquardt loss to Kelvin Gastelum at UFC 188 after his corner threw in the towel. Do you want to see him fight again, or do you think it’s time for the long time vet to call it quits?