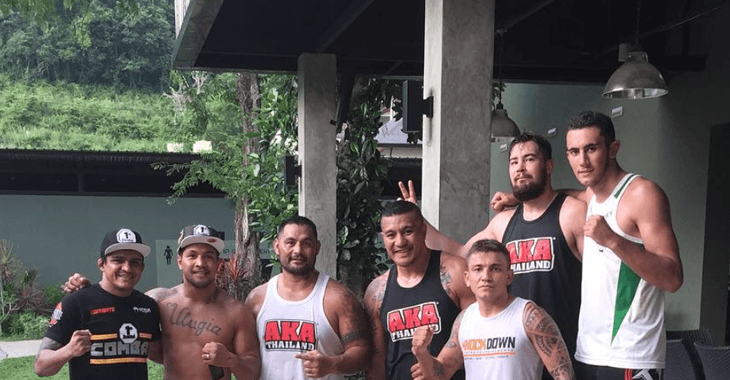 UFC heavyweight Mark Hunt is still disappointed in himself after a bad loss that came from the hands of Stipe Miocic back in May. According to a report from MMA Junkie, Hunt said he had to cut 22 pounds for that bout to reach the 266-pound heavyweight limit, which was the reason he gassed early on in the fight.

“The Miocic fight doesn’t sit well with me – it still doesn’t,” Hunt said at an open workout on Thursday ahead of his UFC 193 rematch with Antonio “Bigfoot” Silva. “That’s why I’m here ready,” Hunt added.

“The Super Samoan” enlisted in fight camp at AKA Thailand where he had gone previously to help training partner Soa Palelei in his last fight coincidentally with Silva, for UFC 190. Palelei ended up losing and announced his retirement after the fight, so Hunt has yet another reason to be motivated for this rematch where the first meeting between Hunt and Silva ended in a draw.

With the help of a nutritionist and not having to cut weight for this fight, Hunt looks to reinvent himself in the Octagon at 41-years-old. “It’s sorted already,” Hunt said. “I’ve surrounded myself with good people. Not like the last camp. It was bad. I made a lot of mistakes. I’m not making them again, so thanks to Stipe for that.”

Who do you see taking this rematch between the two heavyweight fan favorites? Claim who you’re siding with in the comment section!