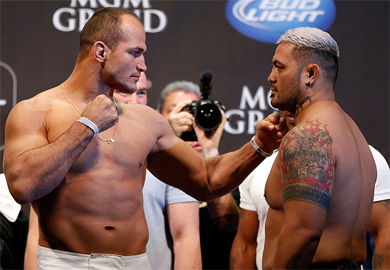 Mark Hunt battled Junior dos Santos in a classic heavyweight tilt that came to an end with a spectacular spinning-heel kick KO, that Hunt was the recipient of. Both men battled for the better part of three rounds when the knockout occurred.

After the bout, Hunt stated that he had broken his toe in the first round of the bout and has recently posted a photo of that same toe. Enjoy.

Here is the photo via Mark Hunt’s Facebook page with the caption: “There’s the toes troops 6 stitches and fractured bone”