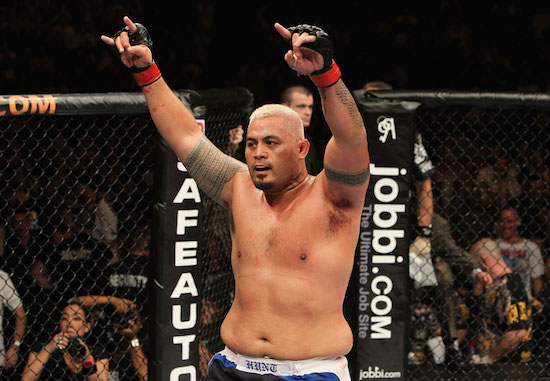 “Well everyone’s a world-class ground fighter until they get a punch to the face. So that’s how I deal with all these ground fighters like everyone else. I hit ’em in the head and there goes your Fu*king black belt.”

In a recent interview with, Submission Radio, Mark Hunt discussed his plan to deal with Fabricio Werdum’s world-class ground game.

His official prediction for the fight?

“First round walk away knock out.”