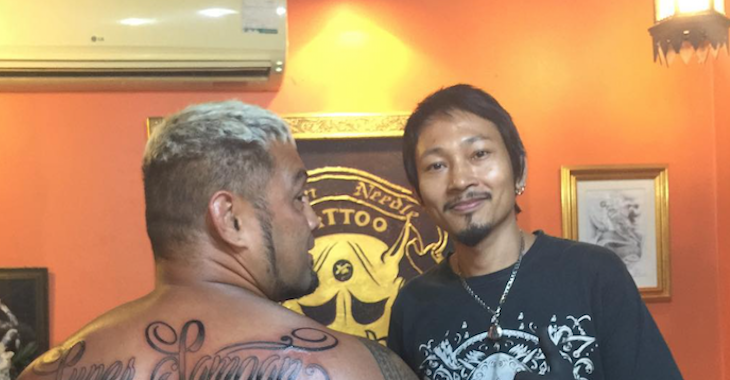 UFC heavyweight fighter Mark Hunt will be stepping back into the octagon with Bigfoot Silva at UFC 193.

It will be a rematch of what many people, including UFC president Dana White, call the greatest heavyweight fight in history. The fight went five rounds and ended up being a draw.

Now the two will get another chance to see who the better man is. Ahead of that scrap, it looks like Hunt decided to get a massive new tattoo on his back.

Who do you think will come out on top in the rematch?