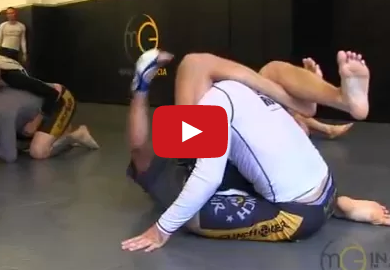 Elite level JiuJitsu Black Belts Demian Maia and Marcelo Garcia can be seen rolling in this video. Despite neither man going at full speed, these man are showing off extremely high level, and extremely technical moves.

For those unfamiliar with Marcelo Garcia, he is a 3rd degree black belt in BJJ. He has placed in the ADCC 7 times, and has won 1 bronze medal, 2 silver medals, and 4 gold medals. To add to his already impressive resume, he has won the BJJ World Championships 5 times, and competed, and won many other tournaments including the Pan Am games, the World Cup, and the Brazilian National Championships.

Demian Maia on the other hand is 4th degree black belt in BJJ, who fights for the UFC. He took first in the 2007 ADCC tournament, and has competed, and won various other high level BJJ tournaments including the CBJJ Brazilian Championships, and the CBJJ World Championships.