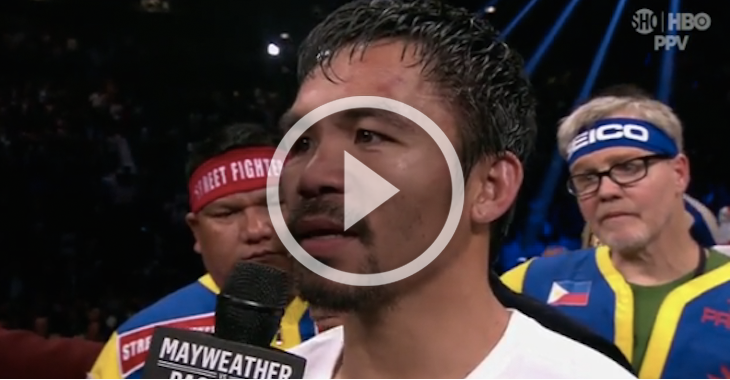 Floyd Mayweather performed to perfection tonight and utilized every inch of the ring to take home the unanimous decision victory. Pacquiao landed some great combinations and clearly had the crowd behind him, but Mayweather’s counter-punching style did the job and helped him run away with the fight after the seventh round.

However, Manny Pacquiao still thinks he won. Despite getting outstruck, Pacquiao thought he did enough to win because Mayweather “didn’t do nothing!” Does Manny have a point? Share your thoughts in the comment section below!

Check out the full post-fight interview above captured by Zombie Prophet!