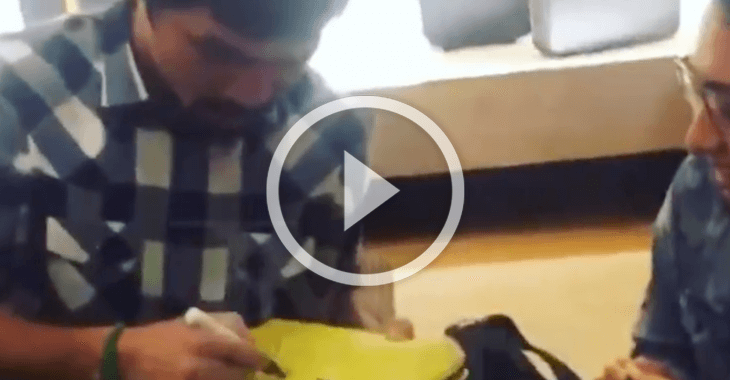 There are fans and then there are super fans. You know, the kind that would instantly spend $2,500 on a Louis Vuitton bag just so he could get a signature from Manny Paquiao on it.

Yup, that’s what one extremely excited fan in Tokyo did when he spotted the boxer walking through the store. Pacquiao obliged and added his signature. The funny thing? There’s a good chance with the addition of the signature the bag is now probably worth less. I guess unless another super Pacquio fan was in search of a signed designer bag.

Is there anyone you would spend that kind of money on in order to get a signature?