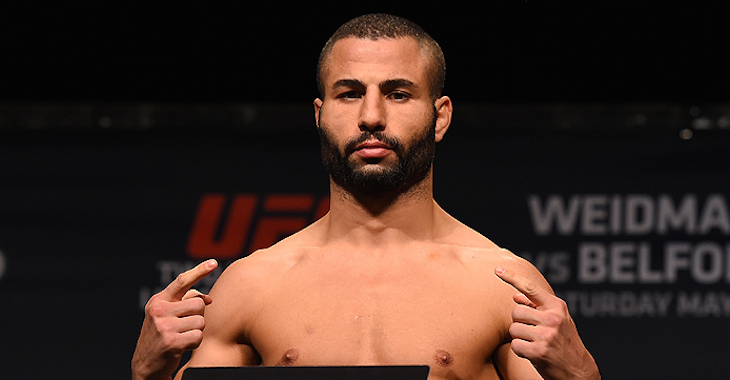 John Makdessi showed grit and determination in his bout against Donald Cerrone this past Saturday at UFC 187. “The Bull” took the fight on short notice and stepped into the octagon against one of UFC’s most active fighters and ultimately suffered a broken jaw by the time the bout was over.

Makdessi landed some good shots and marked up Cerrone’s face, but he feels like he never took as much punishment in a fight than he did against “Cowboy”. In a recent Facebook post, Makdessi said, “This fight I took a lot of damage. Never in my life took so much damage. Have to sit down with myself do a lot of thinking a lot of healing and see what I’m going to do next.”

Makdessi went on to talk about his career and his uncertainty of what is coming next for him. “In regards of my career I’m 30 years old now I’ve been competing since the age of 6 and turned professional at the age of 23,” Makdessi said. “The 155 devision always leaves me at a disadvantage with opponents having the size and reach advantage and at 145 I won’t feel strong, be too weak and it won’t be good for my health. It’s to bad they don’t make more weight classes for the fighters like they do in boxing. I have to be smart I take too many risks fighting bigger guys, but I know it’s a business no ego involved.”

What do you think is next for Makdessi? Is it time for him to hang up the gloves or do you want to see more fights from him? Share your thoughts in the comment section below!